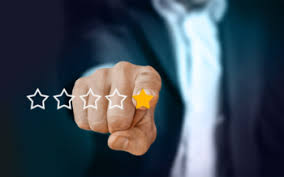 I love getting 5 star reviews on Google and similarly stratospheric reviews on vitals.com, realself.com, and healthgrades.com. What’s not to like? A lot, actually. You see, if you look carefully, interspersed in those 4 and 5 star reviews are several 1 star reviews. A 1 star review means you are one step above, say, a child abuser or serial killer. In other words, you are so bad that the reviewer went as low as the process would allow. I know this is so because in the comments are such pearls as “Horrible “Dr.””, “…..You disgust not only me but my husband says the same….Run, run” (not sure if she means me or my patients should run).

What is going on? Am I some sort of Jekyll and Hyde ‘schizo’ doctor who is competent and caring one moment then flips to Dr. Evil the next? I care what my patients think of me and the care I give them. What good doctor wouldn’t? I try to give my best to each and every patient I see.

So, I checked the 1 star reviews carefully and came away very disturbed. None of the reviewers was a patient of mine. No, the bad reviews were because the reviewer disagreed with a position that I took. I have posted in the past that I do not believe that breast implants are toxic, terrible devices. Women who believe they have been harmed by breast implants and are zealous in their effort to demonize implants unconditionally take this to mean that I am a loathsome person and terrible doctor (I have never said implants are perfect as anyone who actually reads what I write will attest). Some have chosen to express their displeasure by trashing me online in their reviews. If you read those reviews, they clearly suggest that they are patients. None is, no exception.

I feel very sorry about women who have suffered for any reason because of having breast implants. I do not, however, agree that every sick woman with implants is ill because of the implants. The science on this is unclear and the numbers of women with such problems is only a small percentage of those who have implants. I don’t believe this justifies posting misleading, slanderous reviews on my site.

One of the 1 star reviews was particularly frustrating. It was from Don Koenig, and did not pertain to implants. He trashed me for being uncaring, not following up, for charging a “maximal amount of money for a minimal amount of work”, well, you get the idea. How awful, right? The problem is, I have never heard of Mr. Koenig. He is not a patient. Never has been. He is obviously discussing someone else and posted this on my site by mistake. A less charitable view is that he is a troll and just trashing me for some reason known only to him. 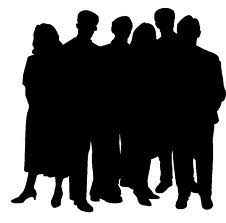 OK, so people posing as patients, either deliberately or by accident are basically slandering me online. No problem. I just call the service, Google in the above examples, explain the situation and have the bogus reviews deleted. Easy peasy. Except that it isn’t. It is next to impossible. In fact, so far, multiple attempts have yielded exactly no results, not even a response. Not that I won’t keep trying, the squeaky wheel gets the grease and all. The problem is the multiple firewalls you have to smash through just to get a report in. There is no specific provision for false reviews. All pertain to inappropriate, offensive content. These are certainly inappropriate and offensive to me but I can’t get any movement from Google or even acknowledgement of my report. There is no other option.

I actually tracked down Elle Heaton, one of my detactors, and reached out to her in a private Facebook message months ago. So far, no response. A search for Don Koenig yielded no likely candidates. I searched for Angelica, perhaps my most venomous reviewer and have not been able to find anyone who looks like her thumbnail photo.

So, I am stuck. Fortunately, I have enough good reviews that these have only taken my overall score down slightly, from a 5 to a 4.2. I can live with that. Ironically, no one has asked me about these awful reviews. It gives me hope that other don’t place any more credence on these than I do.

I don’t underestimate the power of bad reviews. It is estimated that, for physicians, one bad review can cost you 30 patients. That is a steep price for anonymous trolls having their way with your website or Google page. A while back, I wrote a column in the Orlando Sentinel disputing the alleged dangers of breast implants as claimed by some of the social media zealots. The result was a deluge of angry, vicious, often slanderous posts to the Facebook page for my practice such that I had to shut this down for a while until the furor died down. I have hesitated to stir that hornet’s nest since.

Many practices have padded their ratings by having employees post fake reviews and asking others to do the same. The now-extinct Life Style Lift company was slapped down in New York with huge fines for doing exactly this.

In the final analysis, if you are seeking a doctor, don’t put all of your stock in online reviews, good or bad.