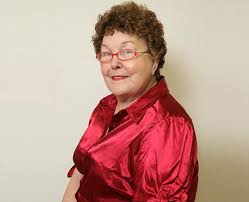 If you have had breast implants for 20 years or more, congratulations. You weathered the turbulent 90Â’s with the unprecedented media hysteria surrounding the concern of possible harm to womenÂ’s health from breast implants. Millions of women were needlessly frightened, some terrified, and many underwent unnecessary surgery to remove their implants after being told these would make them sick. It took over 10 years of good science and clinical studies to put these issues largely to rest. It was not one of the finer chapters in the history of my specialty. Unfortunately, the specter of cancer and disease muddied the waters and obscured the fact that there are real problems with breast implants.

I tell every patient who comes in to discuss possibly having implants inserted the same thing: inserting breast implants is an inherently unnatural thing to do and there are very real problems and downsides to having implants. I take great pains to inform women of these. It seems to only very rarely dissuade any of them from going forward. Such is the popularity of, and desire for, what implants can do. So, what are the problems with old implants?

Breast implants made two decades, or  more, ago were made using technology available then. This may seem an obvious thing to say but it is important not to judge them based on what we know now. Back then, the goal was to make the implants feel as much like breast tissue as possible. Gel implants contained a very liquid, runny gel. When these implants developed even the tiniest hole, the gel would ooze out of them into the pocket around the implants. Some implants were made with a very thin shell and the silicone gel could even diffuse out through pores in the intact implant shell. This was called gel Â“bleedÂ” and explained how some intact implants had sticky gel on the outside years later.

Silicone gel was once believed to be inert in the body. That is to say that there would be no reaction to its presence. We now know this is not true. Our bodies are not dumb. They recognize a foreign material, even silicone, and mount a response to its presence. Part of this is to form a barrier around the implant. This is the fibrous (scar) capsule that forms around all breast implants. Another response is to form antibodies to the silicone material. This immune response was blamed for supposed immune disorders caused by implants, which extensive studies have failed to demonstrate. Another response is a low grade inflammation which creates one of the conditions I will discuss below.

One of the problems with gel implants is that leaks may go undetected, sometimes for years. The gel tends to stay inside the implant pocket and the breast may not feel or look any different, at least not right away. Several things can then happen. The bodyÂ’s response to this gel outside the implant may take one or more forms. The gel may stimulate contracture of the implant pocket. As the implant tightens, the breast feels harder and harder, and becomes distorted. This may happen so gradually that sometimes women are unaware. This is analogous to the frog in the pan. As the theory goes (I donÂ’t know of anyone who has ever tried this!), if you put a frog in a pan of room temperature water, then heat the water gradually enough, you can boil the frog without its ever having been aware because the changes in temperature were so small over time. I have seen women with rock hard breasts that were totally misshapen but because the changes occurred so gradually, they really werenÂ’t aware of the extent of the problem.

Another problem with leaking gel is that the low grade inflammatory response to the gel causes a change in the surrounding tissues such that calcium, which is found in tiny quantities in our blood, precipitates in the tissues. Some implant capsules develop plaques of hard calcium. They look, and feel, like delicate porcelain. When these plaques crack, as they can with manipulation of the breasts, such as during mammograms, the shards can be as sharp as glass. I have cut my gloves on these on occasion and they can puncture an implant. Calcium may also be precipitated as a softer, putty-like material. I have seen implant pockets literally filled with a white, cottage-cheesy looking mass of calcium. It looks awful. Fortunately, it seems to be relatively harmless. Calcium deposits can occur in the breasts in a variety of conditions, including cancer and if these are seen on a mammogram, it is important to insure that the cause is a non-malignant one.

A final problem with leaking silicone is that if the breasts are subjected to a strong compressing force, like an airbag going off in a car, a blunt force from a fall, or even the squeezing during a mammogram, silicone gel may be forced out into the tissues. There, it can never be totally cleaned out without radical surgery and may cause such things as pain from nerve irritation and nodules that may be felt on an examination. These are called silicone granulomas and can make accurate breast examinations problematic. In one extreme case, I saw a patient who had silicone gel literally oozing out of her skin.

Detecting silicone leaks can be a challenge to a surgeon. Some breasts feel and look perfectly fine for years with leaking implants. In some cases, the breasts will have what I can only describe as an unusually Â“mushyÂ” feel to them that to me suggests a leak. Mammograms, ultrasound, CAT scans, and MRI exams may all show a leak or rupture but none is foolproof. There should always be a high level of suspicion about a possible leak in any patient with old implants whose breasts are either very hard and deformed or the opposite, exceedingly soft and mushy.

Removing old, leaking gel implants is not a fun or pleasant procedure. In general, the entire implant capsule should be removed along with the implant and as much free gel as possible. The gel is oozy, sticky, and impossible to remove completely. It coats the surgeonÂ’s glove and instruments and makes everything slippery. A drop on the operating room floor and it turns into a surface you could skate on. The procedure tends to be bloody because of the extensive scar around the implant capsule. It requires a generous incision and I allow as much as 3 hours for both breasts. Drains are often required. What the breasts will look like is determined by what remains of the patientÂ’s natural breasts over the years. Some patients look OK and are satisfied with their breasts without the implants. Others desire new implants. This poses its own challenges. Putting new implants in the same old pockets carries a high probability that the breasts will again become firm because of the residual silicone gel in the tissues and the scarring from the extensive surgery. When the implants were originally placed above the muscle, new implant can be placed under the muscle but this is a much more complex undertaking than the original surgery. Good results can be obtained but not guaranteed.

The new gel implants available today are a very different product than those of two decades ago. The implant shell is thicker and the gel inside is a more viscous, cohesive gel that does not tend to run. The combination of the two has essentially eliminated the problem of gel Â“bleedÂ”. With these implants, even if the shell is punctured or develops a crack (known as Â“fold fracture failure- very much like what happens when you bend a plastic card back and forth enough times), the gel will not run out of the implant. An even newer generation of implants is now becoming available. These are the form stable, also called Â“gummy bearÂ”, implants. The gel in those is so firm that they will not run at all. You can literally cut the implant in half and the gel retains its shape. Because the cohesive gel have only been widely available since 2006 for cosmetic breast surgery, and form stable implants are only now reaching the marketplace, it is too soon to be able to know the long term results with these implants, what problems they will have, or how well they will hold up over the years. If medical history is any indicator, we can expect that there will be some issues with them since the perfect medical device has not yet been invented.

This all comes back to the basic underlying issue. Inserting breast implants is unnatural and there are consequences to this, some of which we are probably not even aware of yet. I tell all patients seeking breast implants that I can only advise them based on information available now and they have to accept not only the known risks and limitations of implants but the potential for additional risks and problems to be discovered in the future. While assurances from implant manufacturers and the FDA on the Â“safetyÂ” of implants are all well and good, no one can predict how any individual will respond to these devices. Once done, surgery, in any form, can never be totally undone.

Saline implants, those filled with salt water, have a number of advantages over gel implants. If these implants leak, the fact of this will become quickly and obviously evident. The breast(s) will Â“deflateÂ” and it wonÂ’t be subtle. The good news is that the saline in the implants is rapidly and harmlessly absorbed. Leaks in saline implants are obvious, painless, and harmless. Of course, the implant needs to be replaced but, compared to a leaking gel implant, this is a simple, easy process. Saline implants have a higher known rate of leaking than gel but a part of this may be the difficulty of detecting leaks in gel implants. For most women, saline implants produce very nice and natural results. They are cheaper by half and can be inserted through a smaller incision than gel implants. They can also stimulate calcium deposits, but in my experience, much less often and to a lesser degree than for gel implants. For these reasons, they have remained my preferred implant to this day.

It is a common misconception that breast implants have to be exchanged for new every 10 or 15 years. They do not have an expiration date. That said, they are not necessarily expected to last forever either. Every woman undergoing breast implant surgery, whether for cosmetic reasons or for breast reconstruction, needs to be informed that it is likely that those implants will not last a lifetime. In cases of breast reconstruction, which is covered by insurance, replacement of leaking or ruptured implants will also be covered by insurance. When the implants were inserted for cosmetic reasons, any revision work in the future, including removing or replacing ruptured implants, will almost certainly be regarded by your insurance company as cosmetic as well. I have seen a few instances where insurance covered removal of old implants placed for cosmetic breasts augmentation but these are the exception.

What about the photographs at the top of this post. ThatÂ’s Timmy Jean Lindsey, the first woman to ever have breast implants inserted. In 2012, Timmy celebrated the 50th anniversary of her surgery. She still has her original implants in place!