A case of 35 year old implants 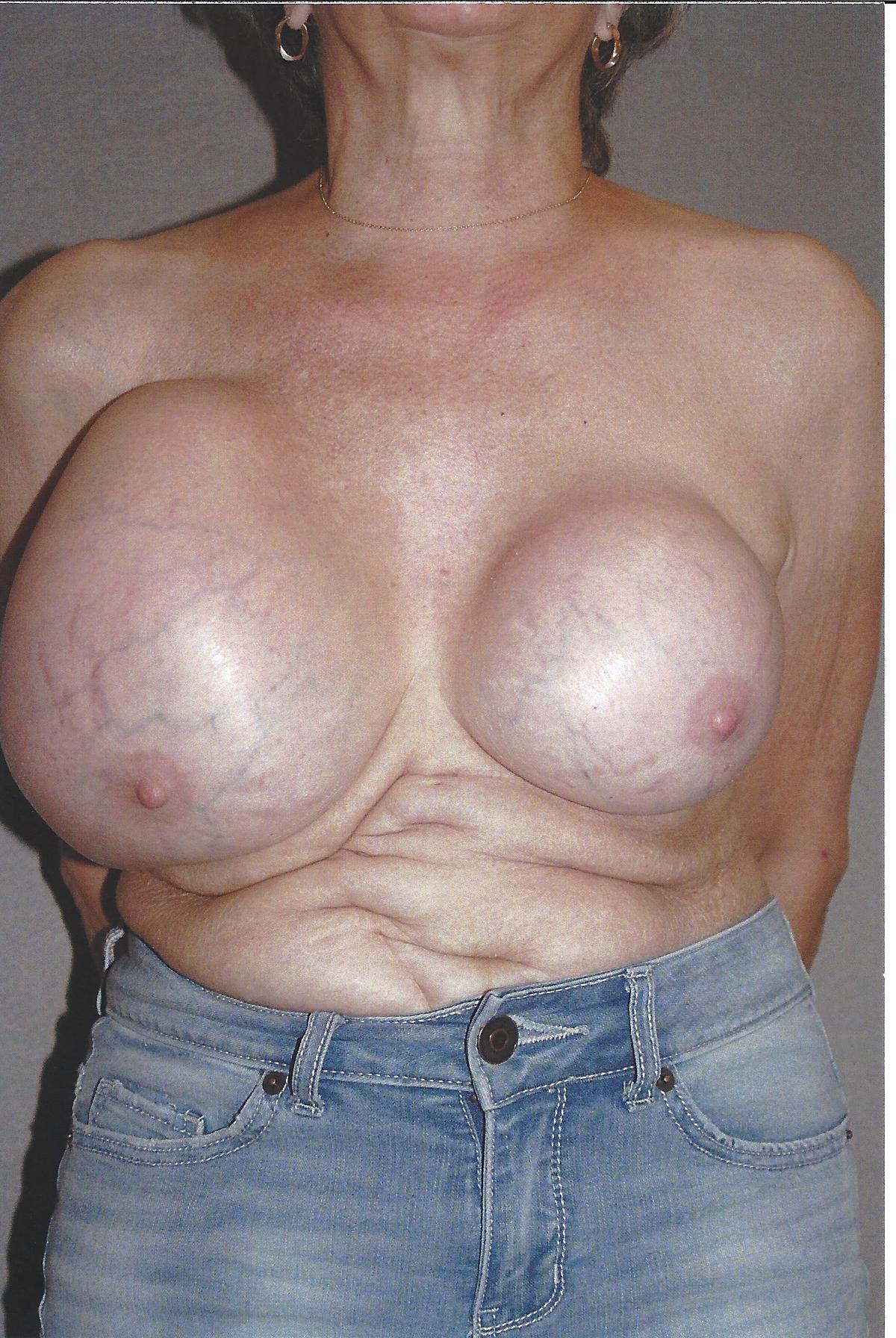 This 78 year old woman came to see me because of swelling of her right breast. She had breast augmentation performed in 1984 with what she believed to be saline implants. She had no paperwork on them. Although her breasts became firm over the years, she had no other problems with them and was happy with the result. Her overall health was excellent with only some hypertension that was treated. She had a mammogram in 2018 that was reported to her as OK.

In August of 2018 she sustained a hard fall, dislocating her right shoulder and striking her right breast very hard. She denied any bruising or swelling of the right breast immediately but over the next couple of months it grew larger and larger. It finally became too big to ignore and she saw primary physician who ordered a diagnostic mammogram with ultrasound. The left breast and implant were reported as stable but calcium deposits were noted in the capsule (scar tissue around the implant). The right side showed a great deal of fluid around the implant. This capsule also showed a lot of calcium deposits.

Late development of fluid around a breast implant raises the possibility of BIA-ALCL, lymphoma associated with implants, which often presents as swelling and fluid around the implant. The age of her implants made this a concern as well, since lymphoma takes years to develop. Her history of a hard fall and subsequent swelling, however, suggested bleeding into the capsule and around the implant as a likely cause. Regardless, she needed to have her right breast explored. I suggested that this might be a good time to have both implants and the capsules removed. She readily agreed. 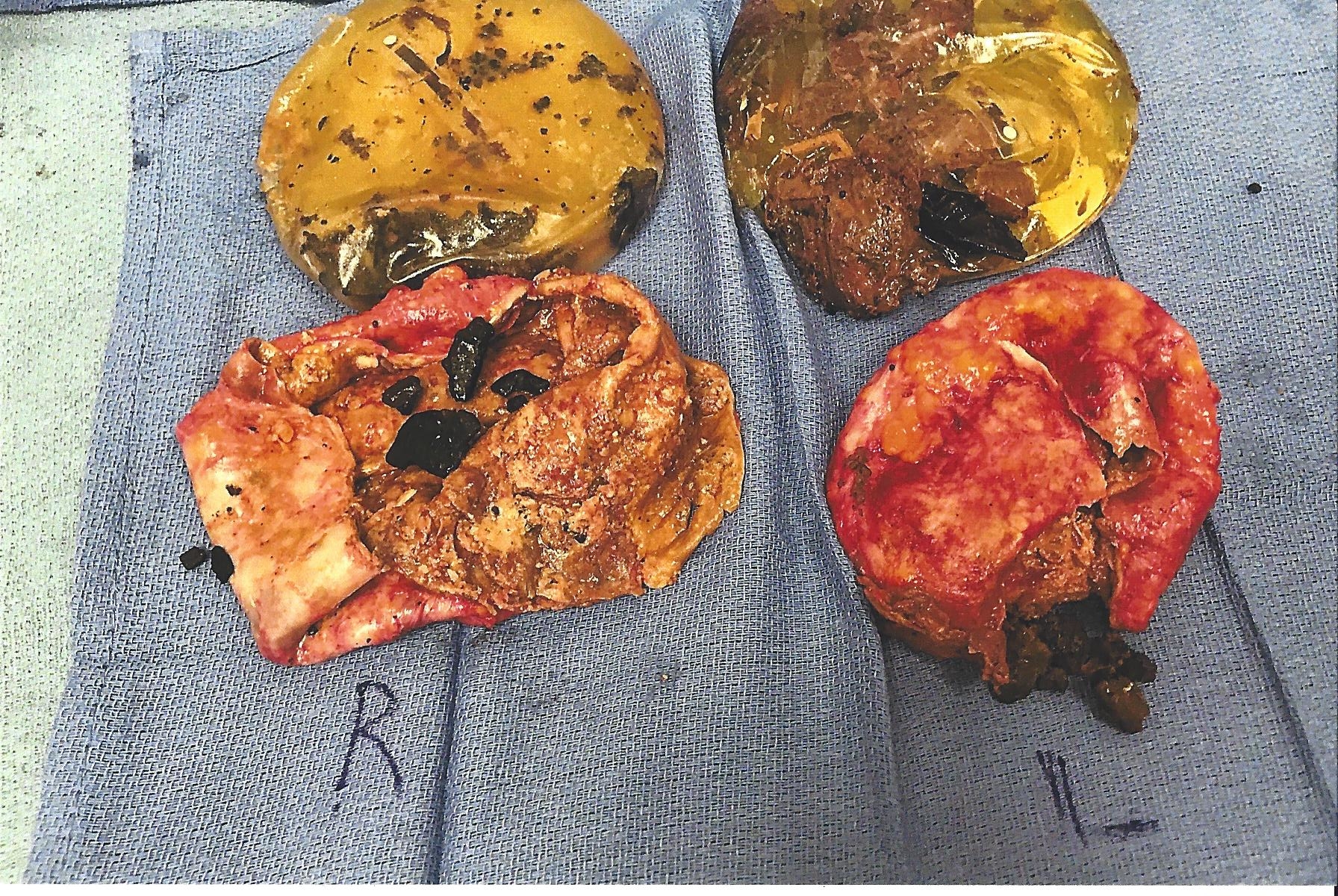 I performed her surgery and found a huge amount of fluid around the right implant, perhaps a liter or more. The capsule was markedly thickened and calcified. The large, black “rocks” were hard collections of iron pigment from old blood in the pocket. Her implants were dual lumen, meaning they had two compartments, an inner one filled with silicone gel and an outer one filled with saline. The saline compartments had probably leaked years earlier. The gel compartments were intact and there was no gross free silicone gel in the pockets. I removed the implants and capsules completely. All of the tissue and fluid from around the right implant was carefully examined and showed no signs of cancer, only scar, calcium, and inflammatory cells. The findings were consistent with a large, old hematoma, almost certainly from her fall of months earlier. 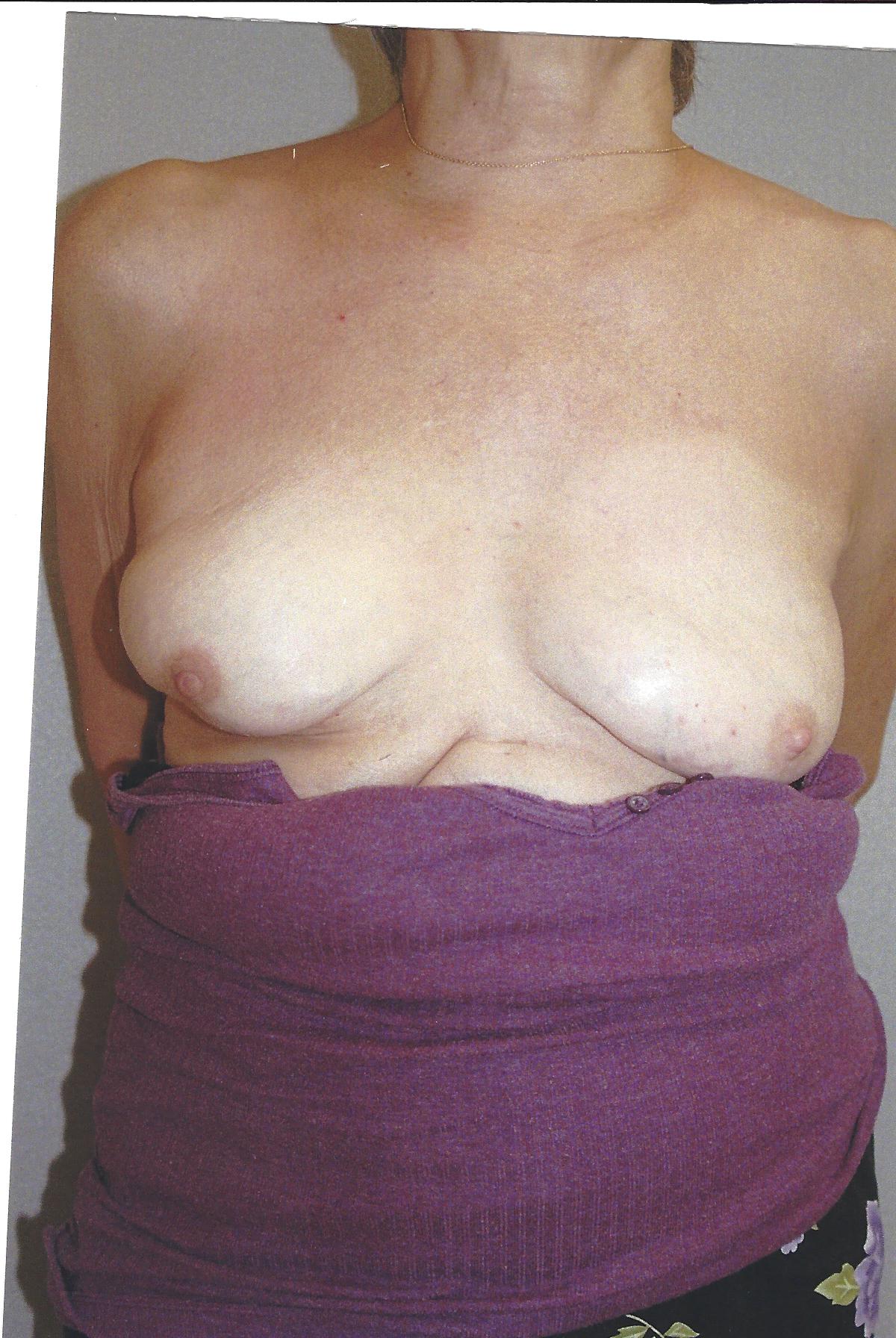 After surgery, she did beautifully and had no issues whatsoever. There was a great deal of extra skin on the right side and as the huge pocket collapsed, it caused a fairly prominent retraction of the lower, outer breast. She was unconcerned about this and content with her breasts as they were.

There are several interesting points about this case.

1. Even though her original surgery was cosmetic, her current situation made surgery medically necessary and Medicare covered the surgery without raising any issues.

2. Much has been made of the dangers of implants and the risks of becoming ill from implants, of the degradation of implants over time, and the recommendation that implants be replaced on a schedule that varies from every ten years to ever fifteen or so, depending on who you ask. You will not find a much messier situation than this with 35 year old implants, severe trauma, and significant bleeding into the implant pockets. Despite all of this, her health appeared to be totally unaffected.

4. This patient was 43 years old when she decided to get implants. I am concerned that many young women, even when fully informed about the risks of implants and the near certainty that they will someday need more surgery as a result of getting them, are not really taking into consideration the potential long term issues in seeking cosmetic breast augmentation.