Radiation for non-melanoma skin cancer- look before you leap 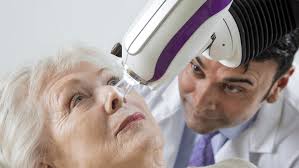 I recently saw an 80 year old man. Ten years ago, he had a squamous cell skin cancer on his scalp. His dermatologist recommended radiation therapy. Eight years later, the treated area broke down spontaneously and for two years he has had an ulcer on top of his head that has resisted all efforts to get it healed. On his examination now, he has a 2. 5 cm (1 inch) round ulcer on top of his head. The base of this ulcer is bare bone. The surrounding scalp is fibrous with no elasticity and clearly poor blood circulation. Getting this ulcer healed will require major surgery, if it can be done at all.

This should never have happened. A squamous cell cancer of the scalp is a simple excision and reconstruction for a plastic surgeon. Until relatively recently radiation has never been the first line of treatment for a non-melanoma skin cancer, e.g. squamous and basal cell cancers. I have referred patients for radiation for skin cancer in the past only when the cancer must be treated (not all such cancers need to be treated) and surgery is not an option. This would include patients who are simply not candidates for surgery because of other medical conditions or other factors. In the past, most radiation oncologists and dermatologists would have agreed that radiation is a secondary choice, not first line treatment. Now, this has changed. 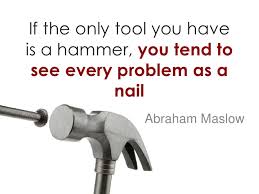 What has changed is the development over the past ten years or so of new devices that can deliver more focused radiation to small skin cancers in any doctor’s office. These devices have put radiation treatment for skin cancers in the hands of dermatologists, indeed, any physician who wishes to treat patients this way. They eliminate the need for special offices construction with expensive lead shielding and the need to store and work with radioactive materials. Not surprisingly, between 2011 and 2013 the use of this type of radiation, known as high dose rate electronic brachytherapy (HDR-EBT) increased twenty fold in the U.S. This is concerning to me and others.

There is a reason surgery has been the gold standard for non-melanoma skin cancers. It is very precise. Only the cancer and a very small margin of normal skin are removed. Surgery provides confirmation that the cancer has been removed completely. Surgery, when performed by a plastic surgeon who can both remove the cancer and reconstruct the defect, is accomplished in a single procedure, usually over the course of an hour or two of office surgery. Once healed, the area will not spontaneously break down later, as it did here. If the cancer recurs, or if a new cancer arises in the vicinity, repeat surgery can be done without any prejudice from the previous treatment.

Radiation, even supposedly focused radiation, is a blunt instrument which kills cancer cells but also damages the normal skin and soft tissue surrounding the cancer. Radiation ulcers years later are not uncommon because of the damage to the tiny capillaries that nourish the skin and radiation ulcers are among the most difficult to treat. Radiation requires multiple sessions of treatment spread over weeks. With radiation, there is no confirmation that the cancer is gone other than to wait and watch for a recurrence. If the cancer recurs or another cancer occurs within the treated area, radiation cannot be repeated and surgery is then the only option. Surgery is hugely more difficult and less often successful when operating on tissues that have been previously radiated.

Given those facts, why would any physician recommend radiation first? Cynical me, I believe that there is a very strong monetary incentive to do this. If I remove a skin cancer just over an inch in diameter and cover the area with a skin graft, this takes me typically an hour or so. Medicare pays me between $1100 and $1700 for the entire procedure (the variation is due to geographical differences in Medicare payments). If I do this in my office, Medicare pays me a facility fee of about $600 to cover my out-of-pocket expenses to provide this surgery- supplies, sutures, instruments, disposables, nurses time, utilities, etc. The total payment is therefore between $1700 and $2300. Most skin cancers are smaller than this and do not require skin grafts, so the treatment costs are significantly lower.

HDR-EBT for even small skin cancers typically requires eight or more treatment sessions spaced over four weeks. The typical code used for billing to Medicare pays $1750 per session, or $14,000 for the full course of treatment, a nearly seven fold increase over surgery. Total bills of over $20,000 are not uncommon. 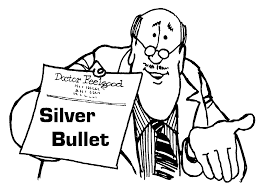 Even some dermatologists have publicly expressed grave misgivings about the inappropriate use of HDR-EBT and the exorbitant billing for these services. Companies marketing these machines to doctors have stressed how lucrative they are over how safe and effective. They push for their use in ever smaller cancers and in younger patients. Cure rates for non-melanoma skin cancers are reportedly good but no better than for surgery. Cosmetic benefits of HDR-EBT have been promoted but cosmesis with surgery is usually good to excellent. Complications, such as radiation ulcers are downplayed and it is next to impossible to find numbers on how often these occur. Because radiation changes to tissue are permanent and often progressive, I expect the incidence of ulcers to rise over time. A recent review of the literature concluded that the safety and efficacy of HDR-EBT have not yet been established.

What is a patient to do? My advice would that if you are diagnosed with a non-melanoma skin cancer and your doctor recommends radiation using HDR-EBT over surgery, before you forge ahead seek a second opinion from a plastic surgeon. You may save yourself a lot of money now and a good deal of grief later.