BIA-ALCL- Is this the smoking gun proving breast implants are dangerous? 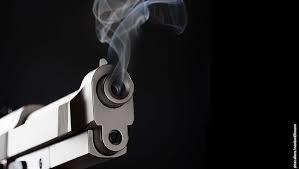 For nearly the entire thirty years that I have been in practice, some women have claimed that breast implants made them sick. This controversy came to a head around 1991 when the first implant crisis exploded in the wake of Connie Chung’s expose on television. After a more than a decade of media hysteria, thousands of law suits, and a flurry of reports from major medical centers, it seemed that implants were exonerated, unlike President Trump, and the issue essentially disappeared. It was not totally gone, however, just smoldering, waiting to rise, like a Phoenix from the ashes, with the next wave of accusations.

The next wave is now here, abetted by the game changer and force multiplier, social media. There have always been women who suspected their implants were making them sick but many, if not most, have been marginalized by physicians and plastic surgeons who did not take their complaints seriously. Until social media, most felt as though they were in this alone. Now, websites allow women with concerns to share their stories with others who have experienced similar problems, obtain affirmation for their condition, and strength in numbers.

Websites, such as healingbreastimplantillness.com, and social media personalities, such as Dr. Susan Kolb, have provided a level of affirmation and support to women who feel that are ill due to their implants that, sadly, has been lacking from mainstream medicine. The impressive numbers of women on these sites make the problem seem huge, in part because of the tunnel vision such sites engender; if all you see all day is sick people, you will think everyone must be sick. It is next to impossible to find good statistics on this but the best estimate of the percent of women who have implants and have unexplained illnesses is on the order of 1-2%. In my own practice, over the course of thirty years, it has been considerably less.

One of the challenges to understanding possible breast implant-related illness(es) is that they are next to impossible to categorize. The list of symptoms is seemingly endless, involving nearly every organ system. The timing is all over the place with some patients claiming they became sick almost immediately after getting implants while others have implants for decades before becoming ill. The response to removing implants is not consistent; some do not get better, some improve but do not recover fully, and some recover completely. This suggests a complex, multifactorial etiology, which is so common in medicine.

Another problem is the lack of long term follow up of breast implant patients. Both surgeons and patients share the blame for this. Many surgeons make no effort to maintain long term follow up. Those who do are stymied by patients who do not return for long term follow after breast implant surgery, even when asked and reminded to do so. Attempts at establishing implant registries for the purpose of obtaining long term data on implants similarly suffer because of the poor physician participation and patient compliance. My experience with registries confirmed the latter. I found it next to impossible to get patients to return despite repeated mailings, including certified letters so I knew they were received.

All of the above have made it possible for many physicians and implant manufacturers to claim that there is no hard data connecting implants to any specific illness. With breast implant associated anaplastic large cell lymphoma (BIA-ACLC) in the breast, all of this has changed. That’s what is both wonderful and frustrating about medicine. Today’s information and recommendations may become obsolete tomorrow in the face of new facts. It is the basis of what is called evidence-based medicine and is, or should be, the rationale for all medical practice.

Is BIA-ALCL the smoking gun that proves breast implants are toxic, harmful devices and that no one should have them, as some of the more zealous anti-implant advocates suggest?

No, and here is why.

No medical device, drug, or procedure is perfect. Sometimes it takes years and hundreds of thousands of patients before rare or unusual problems are recognized. The preliminary studies required by the FDA before approving new medical technologies protect us but may be flawed or simply insufficient to pick up such problems. BIA-ACL typically arises after a woman has had implants for 8 years or more, a long incubation period. In the case of  BIA-ALCL, this is a rare, unique condition which appears to be very specifically tied to a single factor- surface texturing of breast implants. Even more, it appears very closely tied to a specific type of texturing in 90% of cases. Allergan’s Biocell implants are made using a technique that other manufacturers do not use. If this association is borne out with further studies, the solution is fairly simple and has already been implemented: stop using Biocell implants. Does it also mean that all textured implants should be banned? If we eliminated every drug, operation, or device that carried risks of complications, we might as well walk away from modern medicine. Medical care, distilled to its essence, is treating an individual after weighing the risks versus the benefits of treatment as carefully as possible. Doctors and patients, not to mention treatments, are not perfect, so there will always be complications and adverse reactions.

BIA-ALCL does not prove, or even suggest, that breast implants are inherently dangerous, toxic, flawed devices. Five decades of experience with implants strongly suggests that this is not so.  It simply underscores the importance of good communication between physicians and patients and providing patients with all the information they need to make decisions regarding their medical care.  That information will come only with good studies and longterm follow of patients. The discovery of BIA-ALCL and relatively rapid response to this in the medical community suggest to me that medicine is actually working pretty well.