What are the latest information on breast implants and lymphoma?

After the blockbuster success of the movie, Jaws, in driving moviegoers out of the ocean in droves, the tagline for Jaws 2, simply said, “Just when you thought it was safe to go back into the water…..”. This could serve equally well for any number of situations in medicine. One of these is the issue of breast implant safety.

Recent media stories about the possible connection between breast implants and a rare lymphoma of the breast have made it important that women be updated on this issue.

After a decade of some of the most intense media scrutiny, claims and counter claims, and arguably the most concentrated research in the history of any medical device extending over a decade, from 1990 into the new millennium, it seemed that the question of whether or not implants could make women sick or cause cancer had been put to rest. Like a phoenix rising from the ashes, however, the issue won’t stay dead. Concerns have been raised by women’s groups and some medical professionals about possible systemic illnesses, immune disorders, and a slew of ill-defined symptom complexes blamed on implants. Scientifically proven, reproducible proof of causality has been hard to come by. Then it was discovered that there did, indeed, appear to be a true association of breast implants with a rare form of lymphoma, anaplastic large cell lymphoma, in the breast. The association is such that this has now been officially labeled breast implant associated anaplastic large cell lymphoma (BIA-ALCL) to distinguish it from ALCL not associated with implants. 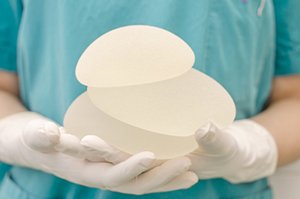 ALCL is a rare cancer in women with an incidence of 1 in 500,000. ALCL of the breast, in the absence of implants, is much rarer, with an incidence of 3 in 100,000,000. The best current data suggests that the risk of BIA-ALCL for women with implants is 1 in 30,000 although a recent study from Australia suggested a higher incidence of 1 in 1000-10,000. The methodology of that report is in question. In comparison, the average woman’s lifetime risk of breast cancer is about 1 in 10. From 1997 to 2009 somewhere around 34 cases of BIA-ALCL were reported in the medical literature. During that time frame, approximately 4 million breast implant procedures were performed. As of February 2017 there have been 359 Medical Device Reports to the Food and Drug Administration (FDA) of BIA-ALCL cases but this is not felt to be accurate since there are duplicate filings, many are incomplete or unverified, or have biased data. As of this post, a joint registry by the FDA and the American Society of Plastic Surgeons has identified a total of 126 confirmed, unique cases of BIA-ALCL in the U.S. As of 2010, over 5 million women in the U.S. have breast implants. That number is probably now closer to 9 million since nearly half a million women get breast implant annually.

At this time, it is accepted that there is a connection between implants and BIA-ALCL. We don’t know yet what that connection is. The numbers of women who have been shown to have this cancer are too small to draw conclusions as yet. It appears to be related largely, if not exclusively, to surface texturing of the implants, regardless of whether they are saline or gel implants. Of the implants identified in BIA-ALCL, over 90% have been textured, or the patient had textured implants at some time in the past. No patient who has only had smooth implants has been diagnosed with BIA-ALCL.

The connection between textured implants is intensely investigated, but because the risk of BIA-ALCL is so low, textured implants are still available for use both in cosmetic and reconstructive breast surgery. Women seeking breast implants need to be sure they are fully aware of the possible complications related to implant surgery to make an informed decision. Breast implant surgery, by its very nature, is inherently an unnatural thing to do and what happens years and decades down the road cannot be precisely predicted for any patient.

I have advised my patients with breast implants to have their implants checked by a plastic surgeon every other year, or annually if they wish, to insure that all is well with them. It is very hard to get women back for these checkups even though I do not charge for them. Any woman who experiences a change in one or both breasts should have these checked right away. Things to look for are swelling, hardening, or a mass. If fluid is found around the implant, it should be checked for ACLC cells.

I still use textured implants but I do so very selectively, mostly in reconstruction, and I make sure patients are fully informed of the risks as well as the unknowns regarding these. I tend to shy away from them for young women seeking cosmetic breast augmentation.

Medical knowledge is ever changing, and we have seen many things come and go over the years. We always strive to offer our patients services that are effective and as safe as medical science allows. We always weigh the benefits versus risks, as should you. I do not expect the popularity of breast implant surgery to decline anytime soon and we will continue to monitor the breast implant situation closely.