What should I do to prepare for surgery? 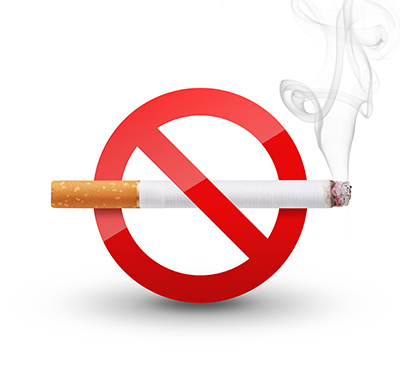 Patients often ask me what they can do to prepare themselves for an upcoming surgical procedure. I love this. It means the patient is invested in the surgery and actively working with me to get the best result.

I believe the single most significant factor under a patients control is to avoid tobacco in all its forms. Smoking is, I feel, the single biggest lifestyle factor that can adversely affect surgery. In addition to being one of the worst habits anyone can engage in- I semi-seriously tell patients they would be better off shooting heroin than smoking- smoking puts patients at greater risk of surgical complications. Nicotine containing products, such as patches or gum should also be stopped. Nicotine is a potent vasoconstrictor; it causes blood vessels to clamp down for up to 24 hours. This reduces blood flow to areas, especially skin, and, combined with surgical manipulation, can reduce blood flow below a critical level where skin and other soft tissues will die. Smoking's ill effects are so serious that I will not perform certain elective operations unless the patient stops for a minimum of four weeks before surgery and does not resume for three to four weeks afterward. These include facelifts, breast lifts and reductions, tummy tucks, and any operation where the skin will be lifted and tightened. The risks just aren't worth it.

Patients often ask about drinking alcohol before surgery. I have no problem with patients having a glass of wine, beer, or a single mixed drink on the evening before surgery. I don't feel this has any clinically significant effect on bleeding. I don't want patients inebriated the night before surgery or drinking heavily in the weeks leading up to surgery. Excessive alcohol intake creates enough problems of its own without adding this to the lead to surgery. Alcohol, like other sedatives, can affect a patient’s ability to metabolize and respond appropriately to many drugs used for anesthesia. Alcohol in excess damages the liver and this organ is crucial to the metabolism of a large spectrum of drugs as well as producing factors necessary for blood clotting.

Some patients want to know if there are any supplements or foods they should be taking or eating to promote healing from surgery. Assuming someone is eating a well-balanced diet, there are no foods that they should focus on to enhance healing. In the absence of a deficiency of some sort, there are no supplements that enhance healing meaningfully. One of the common supplements used by patients is Arnica montana (Wolf’s bane), a herbal supplement taken by mouth or rubbed on as cream that supposedly reduces the risk of bleeding and bruising. Although is it used by some surgeons, one study in England showed that it is no better than placebo. Ironically, some studies indicate an increased risk of bleeding in those who are taking Arnica by mouth. Vitamin C deficiency can cause bleeding and impair healing after surgery, but in the absence of severe deficiency, a now rare condition called scurvy, there is no evidence that taking extra vitamin C helps to heal. Zinc is another supplement often cited to help to heal. The evidence for this is not compelling either. On the other hand, vitamin A has been shown to help to heal, but only in patients who are on chronic corticosteroid therapy.

One important piece of advice I give to patients is perhaps the most ignored. It has to do with weight. Obese patients, defined as a body mass index of over 30, e.g., someone who is 5 foot, 7 inches tall and weighs 195 lb., are at greater risk of complications from surgery. These include postoperative pulmonary problems, blood clots in the legs, and wound healing problems. In the realm of cosmetic surgery, obese patients are more difficult to operate on, and this compromises the cosmetic results. Also, if they lose weight after surgery, this will undo much of the benefit of the operation. I always advise patients to try to get their body mass index below 30 before surgery or at least get to a healthier weight that they can maintain without a struggle. It is advice that is rarely heeded.

When it comes to things to avoid before surgery, the list is relatively short. Patients should avoid taking any of the over-the-counter anti-inflammatory drugs, such as aspirin, ibuprofen, and naproxen for a week before surgery because these can cause troublesome bleeding in surgery. To make things easy for patients I tell that to stick with acetaminophen, e.g., Tylenol, for headaches, aches, and pains in the week before surgery. Patients on prescription blood thinners, such as Coumadin, Eliquis, and Plavix should stop these but only after checking with their primary physician. I advise patients who are taking large doses of various vitamins or supplements whose exact contents are unknown to stop them a week or two before surgery, as a precaution. I have seen patients bleed profusely from supplements whose ingredients weren't clear. Vitamin E is a popular supplement. Large doses can increase the risk of bleeding. A single multi-vitamin tablet daily is probably all the vast majority of people need anyway and is harmless.

Perhaps the most important thing to do in preparing for surgery is to listen to your surgeon. He or she is in the best position to prepare you to insure you have the best chance of coming through with flying colors.