Click on an image below to see a larger version.

This gentleman had extensive basal cell skin cancer involving the upper half of his left ear. Removal with clear margins left him with exposed cartilage. To salvage this and reconstruct the ear, I used a very thin flap of tissue, called fascia, from his scalp above the ear, and covered this with a full thickness skin graft. 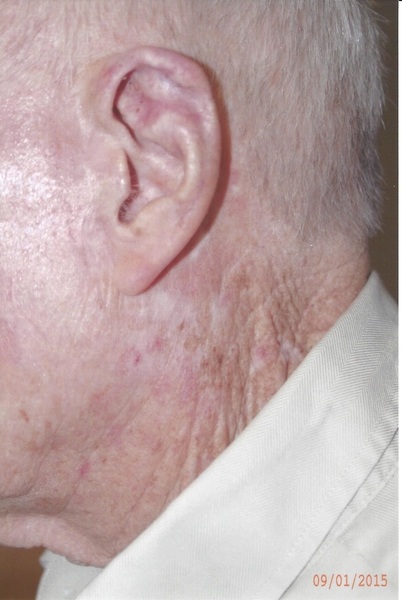 The cancer involves the upper half of the ear. 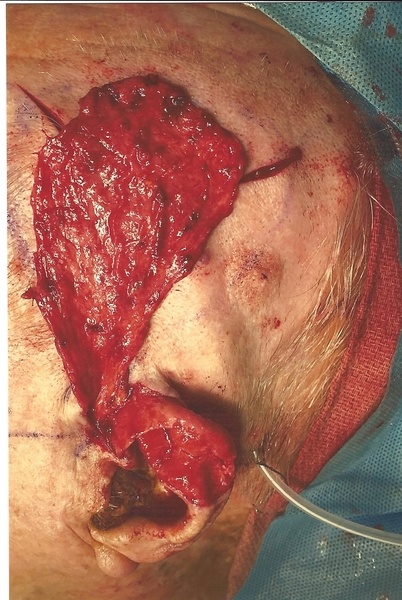 The cancer has been removed. I cut a Y-shaped incision on his scalp and freed up a paddle-shaped flap of very thin tissue from beneath the skin. The blood supply for this flap comes from blood vessels in the thin portion just above the ear. This thin flap will conform nicely to the complex shape of the ear cartilage.

The ear has been covered with the flap and a skin graft placed on top of the flap. The incisions on the scalp are closed and will leave almost no scar.

The completed result is shown. The final photograph was taken more than two years later. 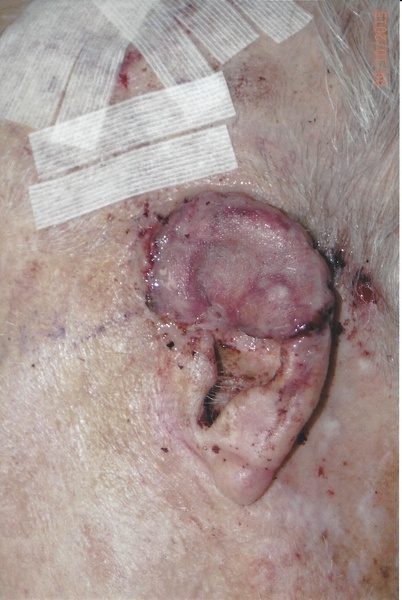 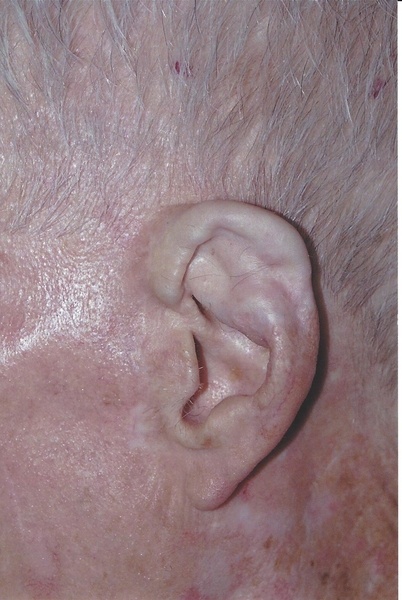 This photo was taken over two years later, when he came in for an unrelated problem. He has had no problems with the ear.